We are compiling a database of speakers of languages. If you speak a language other than French, German and Spanish and you are interested in assisting schools and other parties with enquires relating to languages, please click on the link below to read more and download a database registration form:

We are compiling a database of speakers of languages. If you speak a language other than French, German and Spanish and you are interested in assisting schools and other parties with enquires relating to languages, please click here to read more and download a database registration form.

Thank you to everyone who sent in a film clip for the Languages and Film Talent Awards (LAFTAs) 2010. Languages Work received over 100 entries this year! The competition is now closed and the judging process will begin shortly.

Take a look at this year's entries on the LAFTAs YouTube page.

To enter the competition, budding film makers sent in their two-minute video clips showing why languages are important. Clips will be passed on to the regional judges and, finally, to our celebrity judging panel. Routes into Languages North West will be judging the entries for this region.

Videos will be shortlisted and finalists will be invited to a glamorous award ceremony in summer 2010. Who will be walking away with a LAFTA this year?

There are some fantastic prizes lined up this year, including trips to Spain, Germany and France.

As part of the COLT Language Enrichment Events in winter 2009/10 All pupils that attended a COLT Language Enrichment Event in winter 2009/10 could enter our iPod competition and have the chance to win a brand new ipod Touch or an iPod Shuffle.
To win, they had to submit a picture/photograph of the day, along with a written account of the event through their eyes. This could be about their favourite Language taster, cultural activity or even student ambassador, their thoughts on language learning or maybe what it’s like to experience a brand new language. We also wanted to know whether the event made them think differently about language learning.

For this Winter season, we received over 20 entries from approximately 10 different schools in the North West. The schools were asked to submit their two best entries for the chance to win the star prize of an iPod Touch, or one of two iPod shuffles for the runners up. It was down to the COLT Team to judge all the photos and written accounts, and select the winners. We would like to thank all the pupils for their brilliant entries and the schools for their support.

After much deliberation and consideration, we have finally chosen our winners! We are pleased to announce that Patrick Mitchell is the proud owner of a brand new iPod Touch, and Ellie Tallon and Paige Humphries have won their very own iPod Shuffles!!!

CONGRATULATIONS FROM THE COLT TEAM!

On Sunday 7th February 2010, Dr Sharon Handley, Director of the COLT Project, Gee Macrory, from the Institute of Education at MMU, and Shahid Hussain, the COLT Urdu Teacher Trainer, were interviewed on BBC Radio Greater Manchester's Asian evening show, 'Indus'. You can listen to their discussion by clicking this link and scrolling along to 45 minutes into the show.

Thank you to everyone who submitted an Entry for the iPod Competition for the Winter season Language Enrichment Events! There have been some great entries with photos, poetry, and accounts of the day. The winner will be announced shortly. In the meantime, please find below some of the quotes from the pupils:

From Ulverston Victoria High School: "The day was extremely fun and I would like to do it again. It introduced me to languages I had never tried and I now am thinking about taking up other Languages because they are fun and will help me in later life".

"I really enjoyed our language day because it was active, everyone was involved and we learnt some very different languages and about their countries' cultures". "By learning these new Languages we were able to see the links between them and the languages we are used to learning".

From Lowton High School: "Experiencing a brand new Language was great! I felt as if I could learn anything I wanted if I could grasp the two Languages I was taught. It has made me feel more confident that there are no limits to what I can achieve if I can have a full conversation in two Languages I had never spoken before. Learning the new Languages has made me feel even stronger that a Language is so important when job hunting and can make you stand out from the crowd. This event has really made me aware of just how important Languages are".

"It was interesting and informative and I learned so much about other cultures. It has also made me stop and think even more about taking a Language in my options as I want to learn more about the world".

From Streatham House School: "This day was one of my unforgettable experiences and I hope my school organises another visit!".

From The Hammond School: "I would prefer to learn Chinese than French as it is completely different and I also think Chinese writing is very pretty".

"I had a brilliant day out. I didn't expect it to be that fun".

From Cockermouth School: "We are fast becoming a multilingual society and there are many places that you are able to expand your knowledge (...) it shows you how knowing another language can help you in life". "I feel that the event has changed my views on language, I didn't think that learning one language would help you so much in life".

"After this day it has made me think differently about what jobs I could do in the future if I took a Language now (...) So when picking my options, I can definitely say that I'll be taking one or two Languages. I also would just like to say thank you for making my day enjoyable and helping me make my decision about taking a language".

From Cedar Mount High School: “My thoughts about language learning are that is is just as important as other types of learning. This is because if you have a GCSE in a foreign language then you have a better chance of getting the job you want and it is easier for you to learn other languages. In addition, when you know other languages and you visit other countries, you can understand what people are saying and you can communicate with others”.

“The whole day was brilliant and everyone enjoyed it. I now know more about Italian and Urdu and understand that language lessons are as important as all our other lessons!”.

From West Hill School: “There are many job opportunities available for people who are skilled in languages which makes me want to learn languages for GCSE’s”.

Our Language Enrichment Events are interactive, exciting events that encourage pupils to continue with their language studies at school and to think about the advantages of learning a new language or gaining a qualification in a language they may speak at home. These events have proved extremely popular with pupils and language teachers over the past two years.

Events will be held at all five partner institutions and will include a talk entitled “Why Study Languages?”, two taster sessions in a new language (Arabic, Mandarin Chinese, Urdu or Italian) and a multi-cultural market where pupils will learn more about different cultures. Student ambassadors from our partner institutions will talk to pupils about life at university and the advantages of studying a foreign language. Lunch is also included.

The events are open to any year 8 pupils who have not yet chosen to study languages at GCSE, from schools where languages are not compulsory. We are trying to achieve as much impact as possible so would suggest that you bring pupils who are less interested in languages, so that we can do our very best to change their minds! 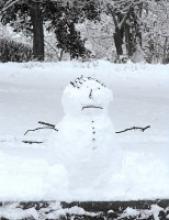 We regret to inform you that, due to the heavy snowfall on Tuesday 5th January, the NWULA Event has been cancelled.

We are now discussing dates to postpone the event to a later date, and will inform all the schools who were registered for this event in due course.

We do apologise for any inconvenience caused and hope that you enjoy the snow while it lasts!

Best wishes from the COLT Team

This is a free course which will train teachers of supplementary schools and support teachers and speakers of Arabic, Chinese and Urdu.

It provides additional practical training and guidance in teaching methodology and thus contributes to their Continuing Professional Development.

Please note that this course does not constitute a PGCE; course participants who complete all elements of the course will however be awarded a certificate of attendance.

To book onto this event, please email routes@mmu.ac.uk

The Community and Lesser-Taught Languages Conference at the City Inn Hotel was a real success.
Please find attached the presentations from both days of the Conference.

Wednesday 18th November:
- The development of a strategy for promoting community and lesser-taught languages in the North West, by Sharon Handley (Routes into Languages, NW)

- A strategy for the development of the teaching and learning of all World Languages, by James O'Donoghue and David Mallows (TDA)

- Bilingual pupils and MFL: a report on pupil perceptions, with implications for practice, by Pura Ariza (MMU)

- Language, identity and belonging in Lancashire and Mirpur, by Anthony Capstick (Lancaster University)

- What are Supplementary Schools?, by Mohamed Elhaddad (University of West England)

- Triple your uptake! How NVQ language units can motivate, inspire and raise attainment, by Juliet Park (Lead Practitioner for the SSAT, Regional Advisor for ALL)

- Visual e-Lingua: how to empower new e-Learning technologies to support visual based learning and teaching of COLT languages, by Mourad Diouri (University of Edinburgh)

- Towards a critical model of teacher education for Languages of the Wider World, by Joanne Eastlake and Ian Newby (SOAS-UCL)

- Creativity in the community languages classroom, by Jim Anderson and Yu-Chiao Chung (Goldsmiths, University of London)

- To film or not to film? A case study of using 'Little Red Flowers' on a Chinese GCSE Day, by Amy Wang, Robert Hamilton and Qi Zhang (MMU)

- The Context of COLT, by Richard Towell (Routes into Languages Chair)