The Language Resource Centre at Newcastle University has a small team in place, which will be available from Mid-January for virtual school visits, synchronous and asynchronous to promote language learning, and inter-cultural activities in line with the Routes into Languages aims. Please contact Ashleigh via: routesne@newcastle.ac.uk 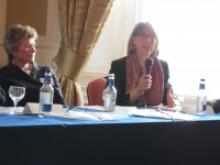 Links into Languages and Routes into Languages North East organised a highly succesful workshop on the need for language learning that was opened by Baroness Coussins on 11th January 2011 in the Royal Station Hotel in Newcastle upon Tyne.

After measuring uptake of modern foreign languages across schools in the country, the United Kingdom finds itself joint bottom of the world league tables, behind Indonesia and Mexico in terms of languages learning.
So stated Baroness Coussins as she addressed a packed hall of senior school management and language teachers at Tuesday’s conference on realising the strategic importance of languages in education organised by Links into Languages and Routes into Languages North East.

Baroness Coussins of Whitehall Park, raised to the peerage in the London Borough of Islington in 2007, has long been an advocate of the need for language learning in the UK. She chairs the All Party Parliamentary Group on Modern Languages and as a cross-bencher, sees it as her role to be a ‘troublemaker’ and encourage the house to ensure that this country’s children are given the opportunity to learn at least one language throughout their education.

She was joined at this high profile event by several other eminent figures including Richard Hardie, vice chair of global banking giant UBS and himself a linguist, Bernadette Holmes, president elect of the Association for Languages Learning, Dr. Elizabeth Andersen, head of the School of Modern Languages, at Newcastle University and representative for the University Council of Modern Languages and Dr Michael Wardle, Deputy Headteacher at Framwellgate School, Co. Durham and additional inspector for Ofsted. All spoke passionately about the challenges facing languages in schools as our education system braces itself for seismic shifts in the form of the English Baccalaureate, currently under review, and the tuition fee rises in higher education which have recently been endorsed by government.

As well as listening to the keynote speeches and questioning the panel of experts, delegates were given the opportunity to talk through their own concerns and explore ways of thinking differently about language learning in schools during workshops intended to develop strategies for schools in realising the strategic importance of languages and gain a deeper understanding of the national 'languages landscape'.

Delegates left the morning event armed with strategies for promoting language learning in their schools and with the strength and conviction of the arguments used by the panel; it is difficult to see how senior management will not have been won over to the languages cause. Delegates commented on how the inspiring and informative the event had been and, as one teacher noted, “the opportunity to discuss issues with headteacher has been invaluable and would not have happened otherwise! This will kick start our strategic planning in school.”

Routes and Links into Languages are national projects to promote languages and support language teachers. As their funding comes to an end, teachers and learners of languages will look to informal networks and other institutions for continued support. If you are interested in being involved in a related project, or already participate in a similar endeavour, please contact Ruth O’Rourke 0191 222 5814/r.f.o’rourke@ncl.ac.uk

The Inter-Action: sections européennes and specialist schools programme promotes Anglo-French school partnerships by pairing English and French schools and supporting them to work together. It is jointly managed by the Specialist Schools and Academies Trust and the Centre international d’études pedagogiques.

Schools in the Inter-Action programme are matched taking into account the character of the school and based on their interests and priorities.

All areas of the curriculum are represented in the programme and many schools use their specialism/s as a focus for themed projects. The French schools that take part in the programme are collèges (11-14 years) and lycées (15-18), in which some curriculum subjects are taught through the medium of English and there is a dedicated strand for English schools that want to focus on applied learning to partner with a lycée professionnel.

You can visit our website for more information about the programme and to read some case studies from schools currently in the programme - www.inter-action.eu

We are currently working with our French partners organising the next phase of the programme. If you would like to join our list of interested schools, please email us at scninter@ssatrust.org.uk and we will contact you again once recruitment starts. 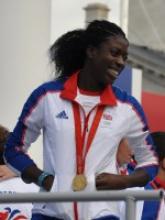 Information for this year's international linguistics competition for secondary school pupils is now available in our activities section. Click here to view. 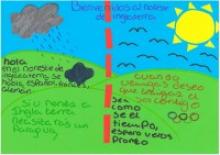 Thanks to all who encouraged their pupils to enter the regional competition for European Day of Languages 2010.
Our theme was ‘An invitation to the North’ and we received a variety of suggested formats, some focused on very particular areas of the North (the Angel was well represented!)

Some categories had very few entries and not all prizes were awarded.

The winning entries were those judged to respond most effectively to the brief / theme and to do so with originality.

Who receive European Day of Languages resources in advance of next year’s celebration!

Join our high profile speakers and expert panel from business, schools, universities, and government at the easily accessible Royal Station Hotel in Newcastle.

We will hear from Baroness Coussins and Richard Hardie as keynote speakers followed by workshops in which we can formulate responses to their address - either as questions put to them in plenary, or as actions for us in our own schools and institutions.

We will hear from an expert panel and be able to put questions to them on the challenges and solutions present in teaching and learning languages in UK schools and universities.

Click here to find out more and to register for this event.

Hunting and applying for jobs can be a daunting task! At Routes into Languages North East we've compiled our Top 10 Tips for Employability to help our language students along the way. Studying languages really can give you a headstart: Just think how valuable your intercultural (as well as linguistic) skills are in a global job market!

Our overall Top Tip would be to reflect on the skills and experiences you have and not just rely on your language skills to get into the world of work. Even 'pure linguist' roles will need other skills. Ever met a successful translator who's disorganised? Or an interpreter who doesn't have experience of working with people?

We hope this short guide improves your confidence when hunting for jobs after graduation. You really do have a lot to offer!

Enjoy the read and good luck with the job search!

NB: This is the first issue of our favourite Employability Tips for Language Undergraduates. We endeavour to keep all the info up to date, so you'll find a second issue will be made available in February.

This resource was originally designed for Tutors at university to help guide their tutees in the final year of the studies. 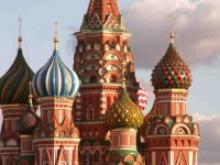 Students learning Russian at Schools, Colleges and Universities in the UK, including heritage learners and adult learners, are invited to participate in the 5th National Russian Essay Competition 2011. The competition is organised by the Russian Committee of the Association for Language Learning http://www.all-languages.org.uk/about/languages_at_all/russian_at_all and the Russian Teachers’ Group UK (RTG) www.russianteachersgroupuk.org

This is a high-profile event which will give your students a chance to win great prizes including cash (1st prize - £100) and see their essays published in Rusistika journal and on-line!

It is a great opportunity for your students to be creative with the language, compete nationwide with their peers in a field-wide event and raise the profile of Russian at your institution.

As last year there will be 3 people who will be directly involved in organising the competition:

Please do not hesitate to contact us if there are any queries.

We would be very grateful if you could confirm your interest by 3 December 2010 to Katya Solovyova at info@russianessaycompetition.co.uk

The Competition has been organised with the support of:

The London Organising Comittee for the Olympic Games have published details on how to apply for volunteering roles at the 2012 Olympics and Paralympics. Please download the information pack and apply using the special code for linguists. The deadline for applications is 27th October. Good luck!

While the world's greatest athletes compete in the Commonwealth Games, students can have a piece of the action by competing in the ALL European Language Olympics 2010. The Games take you on an exciting adventure around the world. Every day new locations are uncovered, and students have full access to learn 10 foreign languages! During the European Language Olympics, students have free access to Language Perfect software. Students can also earn beautiful certificates and win awesome prizes!

The Regional Language Network has put together a fun quiz to celebrate this year's European Day of Languages which is now available to download here.