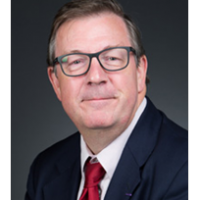 For more information about the event or on how to book places for your students please visit https://www.routesintolanguages.ac.uk/events/mfl-speaking-competition-closing-date-registrations-1

The programme will be sent to schools one week prior to the event.

For more information about the event or on how to book places for your students please visit https://www.routesintolanguages.ac.uk/events/mfl-speaking-competition-closing-date-registrations-1

The programme will be sent to schools one week prior to the event.

We are inviting secondary students across the South West to take part in our extremely popular MFL Speaking Competition! Two sub-regional finals will be held in March 2017:

This competition is open to students of secondary age from any SW school and will provide an opportunity for students to use their foreign language out of the classroom. The competition will run in two categories: Non-native speakers and Near-native speakers in KS3-5 but if any categories do not attract sufficient numbers we reserve the right to withdraw them.

Students may present at any level in French, German or Spanish. We also accept entries in other languages but we reserve the right to withdraw them if we are unable to find judges.

Please download the poster for further information. The closing date for entries is 4pm on Tuesday 31st January 2017.

We are very grateful to Oxford University Press for donating prizes for this competition.

The format of each event will be as follows (times may vary):

13:30 KS5 Non-native and Near-native – 3 minute presentation on “My Dream” or a topic of your choice

We are delighted to offer secondary schools in the South West an exciting opportunity to take part in our creative project -- Bristol French Drama Festival, which will take place on Saturday 25th March 2017 at the University of Bristol.

You can learn to run a French theatre club for your pupils, culminating with a fun performance for all! Pupils will perform a piece prepared in their drama club and share it with other participants, friends and families!

To watch the highlights of the 2016 festival, please visit our YouTube RiLSouthWest Channel

The training workshop is designed to help you organise a theatre club at your school with a view to participate in the festival in March.

It will be held on Wednesday 16th November at the University of Bristol at 2 - 4.30 pm. This will give participants the confidence and numerous ideas to develop a drama club in school. Training sessions are delivered by two enthusiastic French drama teachers who have years of experience in running French theatre workshops for children and adults.

You and your pupils will then have 4 months to prepare a short piece on the pre-determined theme, which they will perform on stage at the festival on 25th March 2017. There may be opportunities for subsequent informal meetings in between.

To attend the workshop please register below by Monday 7th November at the latest.

Bristol French Drama Festival – an exciting and creative project for secondary schools in the South West, organised by Routes into Languages South West in partnership with two enthusiastic and experienced French drama teachers – will showcase short productions prepared by French drama clubs in secondary schools on Saturday 25th March 2017 at the University of Bristol.

Foreign language assistants and teachers are invited to organise a French drama club in school for students who are interested in both subjects (French and drama) to run weekly during the lunch break or after school between November - March. They will have 4 months to prepare a 5-10 minute performance on the pre-determined theme - this year the prop to be used is 'flippers'!

This will culminate with a fun performance for all – pupils will perform their production on stage and share it with other participants, friends and families at the festival in March! Three prizes will be awarded to winners – for Best Acting, Best Language Skills and Creativity.

To watch the highlights of the 2016 festival, please visit our YouTube RiLSouthWest Channel

This is a joint event with a Bristol-based company Theatre VO.

Bristol French Drama Festival is supported by Institut Français and will run as part of the Semaine de la Francophonie 2017: http://www.francophonieuk.com/francophonie/francophonie-2016/

To help you organise a French drama club in school, we are holding a training workshop for teachers and assistants, which will give you the confidence and numerous ideas on how to run such a club. The training workshop will take place on Wednesday 16th November at the University of Bristol. If you would like to attend a training workshop please register by following this link by Monday 7th November.

Download the colourful poster below - please save it on your computer using the option 'Save image as' for it to display correctly.

As you will be aware, the central funding for Routes into Languages ceases from 31 August 2016, and in consequence we shall be able to offer only a more reduced regional Routes presence and support in promoting MFL in schools as sadly, the greatest loss to the region is that of our Project Manager Irena Holdsworth. But we are still here! Central Routes coordination now passes to the International Unit of Universities UK, and Bristol and Bath continue to Co-Direct for the South West. The website will continue to offer the opportunity to keep in touch with activities both regionally and nationally, and routes-south-west@bath.ac.uk continues to be a means of contacting us centrally.

The Universities in the South West Consortium will be working to provide you with some support, and their contact details are as follows:

In addition, Pilton Community College and Bath Royal High School would wish to continue a form of the Speaking Competition, and we shall keep you posted with developments there.

After our signature we have attached an amended version of the statement we made at the Celebrating Success event in Bristol at the end of June. We wanted to be as honest yet upbeat as possible in making that statement, just as we are seeking in this letter to reassure you that, despite the current loss of national funding, we remain determined to support you in promoting MFL as best we are able given the new financial situation. Routes lives!

Please keep us informed of your activities, and let us know how we might be able to support you going forward.

Since its inception, Routes into Languages has played a significant and recognised rôle in encouraging young people in schools to consider and engage with the importance of languages, for personal as well as career development. Here in the South West we can be proud of our track record in schemes as varied as the Speaking Competition, the more recent French Drama Festival, and the Pop Video Competition; even more recently the work with Bristol University on the history and culture theme resulted in a jointly badged MOOC.

Central to successful Routes operations is a Project Manager, whose salary is a proportion of the funding required. Without that funding it would not be possible to continue the scale and engagement of all we have done. But we shall continue to operate.

As has been increasingly borne in on us since the Comprehensive Spending Review, the likelihood of continued HEFCE funding for Routes was slim. Nationally, Routes regional Directors were encouraged to engage with their institutions to seek continued funding to ensure sustainability. This was done, but regrettably did not bear fruit.

A scoping exercise undertaken at national level in recent months is clear on the positive impact that Routes has had across the country in encouraging the uptake and continuation of languages. However, no further central funding is available, though the Routes ‘brand’ will continue, now housed in and coordinated by UUK’s International Unit.

Whilst we in the South West considered other approaches to funding, it was clear that ideas such as subscriptions charged to local schools would impose a burden on them which they would be unlikely to be able to take on.

With regret, therefore, we must announce that this celebrating success event is the last that Routes South West will be able to coordinate on this scale. We realise that you will be as disappointed as the consortium is. The partnerships we have built are essentially on hold; individual institutions will seek to offer taster events from within their own budgets, but a regionally coordinated hub with a dedicated Project Manager will cease to exist on 31 August.

We can be proud of what has been achieved to date. And we are comforted by the knowledge that you, the teachers, pupils and families who have known Routes, will seek to continue its principles in what you do going forward.

As Co-Directors we would like to place on record our thanks to all those members of the Routes family with whom we have worked in the South West, ably coordinated by Irena Holdsworth to whom a special vote of thanks is due.

We shall keep a Routes watching brief as time goes on, and should circumstances change we are ready to take on the challenge again on a larger scale, working in partnership to ensure that languages and the understanding between different peoples that they represent, continue to play their part in making us better people.