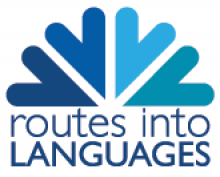 On 25 February 2015 from 1pm to 5.30pm, the University of Manchester will host a national careers event on behalf of the National Networks for Translation and Interpreting. A diverse employer panel will talk about the range of career options on offer in the professions and an alumni panel will share experiences and advice.

We will also have a student panel who will give participants a feel for what it is really like to train as a translator, interpreter or subtitler.

The panels will be followed by a chance to network and refuel before a choice of practical taster sessions with translation, interpreting and audiovisual translation lecturers.

for further details go to:

Region:
National
London, 20th January 2015: Third Year Abroad is hosting a Mental Health Q&A Day on their new platform TYAAnswers.com.
The Q&A Day will allow year abroad students to ask and answer questions on a range of mental health issues, including preparing for a year abroad with a pre-diagnosed mental illness, how to cope without your usual support network, how to tell the difference between homesickness and anxiety, how best to support a friend with a mental illness and advice for LGBT students moving abroad.
Lizzie Fane, Founder of Third Year Abroad, says that the inspiration for the Mental Health Q&A Day came from an article published on the Guardian Education website titled ‘Year-abroad students say that universities don’t offer enough support’.
“The response to the article from our network was overwhelming. It is clear that Mental Health is a topic about which year-abroad students are extremely passionate. Through our work with students and universities around the UK and beyond, we’ve gained a unique insight into the way the system works. University Study Abroad departments usually consist of a very small team of staff who lack the numbers, resources and training to give each student the individual attention they sometimes require. On the other hand, for a student struggling with a mental health problem, reaching out and asking for help is a difficult and crucial step. If their cry for help is ignored, downplayed or dismissed, it can do untold damage. With the Mental Health Q&A Day, we aim to
resolve this impasse by providing a platform for year-abroad students to break their silence and share advice.”
Representatives from mental health charities, such as Student Minds, will be on hand to answer students’ questions throughout the day and to direct them towards appropriate professional help if necessary.
Florence Robson, Editor of ThirdYearAbroad.com, says, “A year abroad is a wonderful adventure but can feel incredibly lonely when you’re suffering from a mental illness. The aim of the Mental Health Q&A Day is to counteract that feeling of isolation by creating a positive atmosphere of peer-to-peer solidarity where students can share their experiences and coping strategies. This hub of advice will remain on TYA Answers to help future year-abroad students.”
The Mental Health Q&A Day will be taking place all day on 20th January. Get involved by asking your questions now at TYAAnswers.com and follow the day using the hashtag #tyamentalhealth.
___________
Services for further support:
- Student Minds - http://www.studentminds.org.uk/further-support.html
- Students Against Depression - http://studentsagainstdepression.org/get-support/check-suicideand-self-harm/feeling-like-you-want-to-die/
- Papyrus Helpline, HOPELine UK: 0800 068 41 41/ pat@papyrus-uk.org
___________
ThirdYearAbroad.com is the UK’s biggest network of students who study, work or volunteer abroad during their degree. Students can read ‘Mole Diaries’ - insider guides to cities written by students who have been through the process already. The site aims to raise awareness of international opportunities during a degree course, and to promote the study of Modern Languages in the UK.
TYA Answers (tyaanswers.com) is Third Year Abroad’s Q&A platform where students can ask and answer questions about their international experience. While TYA Answers will provide information to signpost students onto specialist services, they are not responsible for alerting those services of the content on the site.
Global Graduates (globalgraduates.com) is a new jobs board for young people with global skills.
___________
For more information, contact:
Lizzie Fane, Founder of ThirdYearAbroad.com and TYA Answers
e: lizzie@thirdyearabroad.com
m: 07775 783 122

Region:
National
We are pleased to announce the signing of the French and Mandarin Bespoke Language Programme, which is a collaborative initiative involving Routes into Languages, Institut Francais and Confucius Institute Headquarters (Hanban) UK Office. The signing ceremony, which took place at the French Embassy in London, was attended by Laurent Batut, Deputy Head of the Institut Francais in the UK, Yves Letournel, French Language Attaché, Institut Francais in the UK, Mr Tongdu Chen, Director of Hanban UK, Christina Zhang, Senior Manager, Marketing, Hanban UK, Professor Mike Kelly, Programme Director of Routes into Languages, Dr Neil Hughes, Co-Director of Routes into Languages (East Midlands), University of Nottingham.
The French and Mandarin Bespoke Language programme is based on a model developed at Nottingham Trent University and is aimed at students taking French AS and A level at schools located in economically and socially disadvantaged areas. The initiative grew out of the recognition by all of the partners involved that sustainable relationships with schools must be developed if the goal of widening participation in languages is to be achieved. The Routes into Languages, Institut Francais and Confucius Institute Headquarters (Hanban) UK Office are committed to improving students' French language skills, increasing their knowledge and understanding of French society and culture and introducing them to Chinese language and culture via an exciting programme of activities taking place at different times in the school year. Activities will include French master classes and Chinese taster classes delivered by native speakers as well as trips to Institut Francais and Confucius Institutes in London. There will also be visits to local university campuses to raise students' awareness of the importance of learning modern foreign languages within an increasingly globalised economy and the opportunities universities provide for students to continue with language studies after A levels.
A pilot project will be taking place in the East Midlands beginning in February with 3 schools already committed to taking part: The Joseph Whitaker School, Ashfield School and Ormiston Sandwell Community Academy. If you would like more information about the Bespoke Programme or would like your school to take part in the East Midlands pilot, please contact: Mirella.Santamaria@ntu.ac.uk
Region:
National

LanguageLearningPortal will help you to find the perfect language course for you! Therefore, we are very curious to understand which language you would like to learn or may be improve..?

By participating in our contest, you get the opportunity to create a video, upload it on YouTube and tell the whole world which language you would like to learn. The best part is..: You have the chance to win a free language holiday!

What do you need to do?

The creators of the 5 videos generating the most views on YouTube win a prize, 100% guaranteed! So, what are you waiting for?

Do you know a very special language teacher or a student language ambassador?

A teacher who inspires pupils through superb teaching and supports colleagues by sharing their expertise and ideas? Or a student language ambassador who motivates young learners, showing them that learning languages is exciting, cool and contributes to their future success?

If you do, then why not nominate them for a Routes into Languages / Association for Language Learning Award?

This 4-hour seminar is an excellent professional development opportunity for anyone advising students on UK higher education outward mobility programmes. It is an opportunity to hear from representatives of student finance in the four UK nations.

For further details, please go to:

TYA Answers is a new website developed by a partnership of Routes into Languages and Third Year Abroad.

TYA Answers is dedicated to students who want their questions about studying or working abroad during their degree answered. It's also the perfect place to pass on the benefit of your experience to the next generation of students, by answering their questions.

Along with awards of academic recognition, the Threlford Memorial Cup is also presented during the ceremony and is awarded to an individual, organisation or project that has made a significant contribution to ‘fostering the study of languages’. The David Crystal Trophy is presented to the runner up.

The winners of the Threlford Memorial Cup and the David Crystal Trophy are chosen by a panel who now invite nominations for the 2014 awards.

If you know of a person or organisation that deserves to be recognised for their work within the field of language study we would be very pleased to hear from you; please use the nomination form below.

For further information please contact: Debbie Butler at the Chartered Institute of Linguists via email comms@iol.org.uk or telephone +44 (0)20 7940 3100.

CLOSING DATE FOR NOMINATIONS: Friday 5 September 2014 (Downloadable form can be found below)

Awards will be presented in November.

More about the award and past winners

The Threlford Memorial Cup was originally presented in 1935 by the founder of the Institute of Linguists, Sir Lacon Threlford, for “fostering the study of languages”. This award attracts a strong field of contenders and the David Crystal Trophy is given as a Special Commendation.

Previously awarded for excellence in an examination, the Threlford Memorial Cup is now presented to a person, institution or organisation that has strived to foster the study of languages, in keeping with Sir Lacon’s intent. A wide range of winners representing a diverse and innovative spectrum of language learning has been presented with the cup.

The current cup holder is 2013 award winner Lizzie Fane, founder of the website thirdyearabroad.com. Lizzie was astonished by the lack of information and advice available to help her prepare for her year abroad as a student of Italian. The website she developed in response to this has grown into a flourishing business, offering practical advice to language students embarking on their third year abroad, including a jobs board for students and graduates with linguistic and intercultural skills.

The 2012 winner, Arsenal Double Club Languages, were praised for their ambition to address both gender and social imbalance in language learning and their innovative blend of education through enjoyment. Special mention was also given for the careful and thoughtful nomination application.

2011 winners, Italian in Italy, were commended for their work both in their language centre and through participating in Europe-wide projects. In 2010, Luisa Ribeiro was awarded for her work with the Portuguese speaking Community, and on the importance of home languages, on behalf of Lambeth Council, and in 2009, the ‘Our Languages Project’ won for supporting community languages and aiming to encourage community cohesion, celebrating pupil achievement and promoting plurilingualism.

The A Level Content Advisory Board has just published its report on the Modern Languages A Level http://alcab.org.uk/reports/

The OFQUAL Consultation on the new A Level is available here http://comment.ofqual.gov.uk/developing-new-qualifications-for-2016/?dm_i=BTP,2MP36,FQ6GTP,9LYZL,1

The All Party Parliamentary Group on Languages is launching its Manifesto Campaign for Languages aimed at all political parties in the run-up to the next election.

UCML is launching a campaign aimed at all universities to ask for a language qualification as an entry requirement regardless of subject of study.

More information on these campaigns is available on the UCML website http://www.ucml.ac.uk/news/232