Yorkshire and the Humber

Teachers twilight themed meetings based on teaching languages in schools, for networking and relationship building.

The Gold Award for Languages – Yorkshire and the Humber

Are you looking for a structured project involving languages?

Maybe you need an activity to stretch your gifted and talented linguists?

Or perhaps your students who do not speak English as a first language would benefit from a challenge that uses and celebrates their skills?

If so, the answer could be the Gold Award for Languages!

This sounds interesting - tell me more!

The Gold Award for Languages is a framework for students to use their language learning in context.

Participants complete three languages-related challenges in order to receive the award and the certificate of recognition from Routes into Languages:

Students record what they have learned during the challenges, reflecting on the role of languages in society and their relevance in their own lives.

For further information please download the guidance documents at the bottom of this page.

In order to register for this activity, simply e-mail Routes@hull.ac.uk and let us know how many of your pupils are taking part. This will help us to monitor the uptake of the award programme.

Once you have registered we require 3-monthly updates in order for us to monitor progress and address any problems encountered. The first update will be required in December 2015.

As the challenges progress, please let us know of any feedback or queries you might have by emailing Routes@hull.ac.uk

The Award was developed by the Routes into Languages South East Consortium, who have now supported the rollout of the award to Yorkshire and the Humber.

3_-_the_community_challenge.pdf
Region:
Yorkshire and the Humber

The day started with a keynote speech from Christine Elliott, Chief Executive of the Institute for Turnaround, an independent body for professionals who transform organisations and formerly Director of Bletchley Park for 8 years. Excellently placed to speak on Why Languages Matter, she spoke of the many situations where knowledge of a language gives you an added edge as well as the benefits to the individual such as access to other cultures, puzzle-solving and mental sharpness.

After this the students dispersed to parallel sessions, with a choice throughout the day of attending 4 sessions chosen from a possible 8. These included both internal and external speakers. Caitlin Green and Alexandra Kirkham (a YSJU alumna!) from International Service, a York-based charity working in South America, Africa and elsewhere ran a session called The Value of Language Connections: Travel and Employability, emphasising how having even a small amount of language can help make connections to people overseas and connections to other languages.

Ben Dobbs, a freelance trainer from York Associates, specialises in interpersonal and intercultural skills, and in his session Working internationally; what competences do we need? encouraged the students to think beyond communicating with language but rather to think about contexts and people, culture and stereotypes and what makes for effective communication - some of the students provided excellent examples!

Esther Wolff is a freelance environmental consultant whose language skills have been vital in her career. She spoke on Languages as a Strategic Choice, explaining the impact of her language knowledge on her career then encouraging students to use their own foreign language skills in a role-play activity where they needed to be a holiday rep mediating in a crisis situation between a group of tourists and a hotel.

Last year’s keynote speaker, Sally Fagan from Business Language Champions, spoke about Languages and Marketing and set the pupils a challenge of promoting Yorkshire Blue cheese in their target language. Despite some pupils’ less than positive reactions to the cheese itself when given the opportunity to sample it, they entered into the activity with relish and produced some highly imaginative work.

Dr Svetlana Carsten and Nathaniel Elcock of the National Network of Interpreters, ran their ever-popular Do you have what it takes to interpret? session, during which the school students had a go at interpreting and despite some reluctance, most of them were so impressive that Svetlana gave the assembled students a special ‘thank you’ at the end of the conference.

York St John lecturers also contributed: Dr Dai O’Brien ran a session on BSL in the workplace: Signs for success, with video clips to demonstrate different situations in which BSL is used as well as teaching fingerspelling and how to introduce yourself, which kept the students busy and engaged.

Marion Martinez’s interactive session Study Abroad - why take the plunge? sowed seeds in many student minds about the benefits of spending some of their time as a student in another country, while Mizumi Nango’s Orient Express introduced them to Japanese culture and gave them a taste of the language.

The day went smoothly with no hitches and there was a great buzz around De Grey Court that day. Feedback from the accompanying teachers is very positive: “The organisation of the day was very impressive!” “Interactivity was great - more of it!”  “It gives them a new dimension on languages outside the classroom - a multiplicity of options.”

Feedback from students was overwhelmingly positive with the vast majority thinking that the event was good or excellent. “Very entertaining, it was a good day, I feel like I learnt a lot,” said one and “I really enjoyed this event, it has made me look further into studying languages.” Having a language “helps you stand out against other people” and the event “showed me that there were more job opportunities if you have a language.”

Many thanks to Alison Organ and the rest of the languages team and to Lucy and Betsy for excellent administration and to Ruth for taking photos and gathering feedback.

Between the 22nd of April and the 3rd of July, teams from 14 schools geared up for the arrival of the world’s most famous race in Yorkshire by participating in the online competition, Le Tour de France virtuel, created and developed by the Dept. of Language and Linguistic Science, University of York. This project, which was led by Dr Angela O’Flaherty, took place over 8 weeks. Each week, teams answered a series of questions in French on the geography, culture and history of various regions on the 2014 Tour de France route and completed creative tasks based on the theme of the Tour. The standard of entries was extremely high and the judges were impressed by the hard work, language skills, creativity and teamwork of all involved.

The competition culminated in a day of language activities and an award ceremony at the University of York on the 3rd of July, where ‘Les Rouleurs fous d’Ilkley’ from Ilkley Grammar School were crowned overall winners and took home the ‘maillot jaune’. ‘MDR’ from Wakefield City Academy and ‘Les Mellow Vélos’ from Crawshaw School placed 2nd and 3rd respectively.  Individual prizes were also awarded for the creative tasks. The best team picture prize was awarded to All Saints RC School, with Manor Academy receiving an honourable mention. ‘Les Mellow Vélos’ from Crawshaw School won best team name, with an honourable mention to ‘Mille fois mieux’ from Millthorpe School. Millthorpe also came up with the best slogan. South Holderness Technology College were the winners of the best jersey (and even modelled their self-designed jerseys on the day!) and St Martin’s Ampleforth designed the best musette. Ilkley Grammar won the best poster with an honourable mention to Beverley High School. Congratulations again to all the winners!

We would like to thank all the teams who helped make Le Tour de France virtuel such a fun, experience and also their teachers for supporting them throughout.

First run in July 2009 as a pilot project, The Languages Film Summer School brings together students from Sheffield and Rotherham with an interest in film and languages.  Y11 students who are going on to study an A level language come together to create their own short film in just three days.

This innovative transition project offers a challenging and engaging out of classroom experience to Y11 students from across the Yorkshire region who will study French, German, Spanish or Japanese at A Level, in the next academic year.

Over three days, students use their language skills in a fun, practical and creative way making their own three minute short film in the foreign language of their choice. Supported by a team of linguists and film experts, students put their higher level thinking skills, linguistic skills and newly acquired film making skills to the test by filming, producing and editing their films. Each year a different theme for the films is chosen.

Capitalising on Sheffield Hallam University's status as the official educational partner for "Le Grand Départ" of "Le Tour de France" this year's group are making their short films on the wider theme of Departures, but have also been inspired to include references to cycling in some way in their films.

Each year the Language Film Summer School has gone from strength to strength engaging with more and more young people and in 2014 is supporting 43 young linguists.

Phoebe Lindley a student participating in this year's Film Summer School said "this Project is unique as it helps you improve your language skills while teaching you new skills that can be applied in a variety of jobs or prospects in the future. Although we will study a media module as part of the languages A level I would never of thought of putting these skills together in such a practical way."

Keith Radley from Sheffield Hallam University one of the film experts involved in the Project said "As each year goes by I become more and more impressed regarding the students' creative and technical abilities.  These days kids are inherently more visually aware and this is perfect example of how visually aware and capable they are".

Clare Allison one of the Project Team based at King Edward VII School said, "Every year it is amazing how much the students achieve in just three days.  The practical application of their language skills through film making really motivates them to produce excellent short films.  Add this to the fact that the students often don't know each other when they arrive, then work brilliantly together demonstrates the value of this transition project.  All the skills used in the Project are vital for independent and creative A Level learners".

On 17 September 2014 the films will be premiered to staff, friends and family at a special event to be held at Sheffield Hallam University.  The films are presided over by a panel of linguistic and film experts who judge the films on their linguistic merits and technical skills.  At the end of the evening prizes are given out for best overall film and viewers’ choice award which is voted for by the audience on the night of the event. 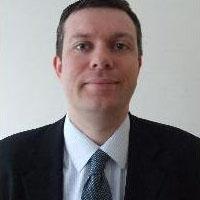