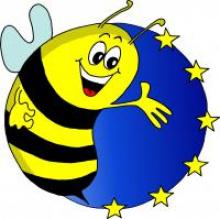 The time of year has come around again when the country’s super spellers come together at two Regional Finals to compete for a place in the Routes into Languages Cymru National Year 7 Spelling Bee Competition.

This is the third year that the competition has been held in Wales and each year the number of competitors keeps growing. Next week, 163 Year 7 pupils are expected to take part across four competitions: French; German; Spanish and Welsh 2nd Language. These multi-lingual spellers are the champions from their schools, having succeeded in class and school competitions earlier in the year. They have been learning vocabulary since September and next week will be prepared to spell from a bank of 150 words.

Ceri James, Director of CILT Cymru, Routes into Languages Cymru and Spelling Bee Judge said “We are delighted at the enthusiasm that surrounds this competition. Each year we see a group of fantastic young linguists demonstrating impeccable accuracy in a language that they may have only been learning for a few months and I am sure that this year will be no different. I hope that this positive experience of learning languages during the first year at secondary school will motivate them to continue with their languages in the future. All that take part in these Regional Finals have achieved so much already by getting this far and I’d like to wish them all the best of luck.”

As well as being the proud owners of the regional prizes, the top four from each language in each region will secure a place in the National Final which will take place in July.

These two events promise to be surrounded by a buzz of excitement and nerves and will showcase the excellent linguistic skills of young people in Wales.

Interviews with Ceri James, Director of Routes Cymru are available on request from Ellie Jones.